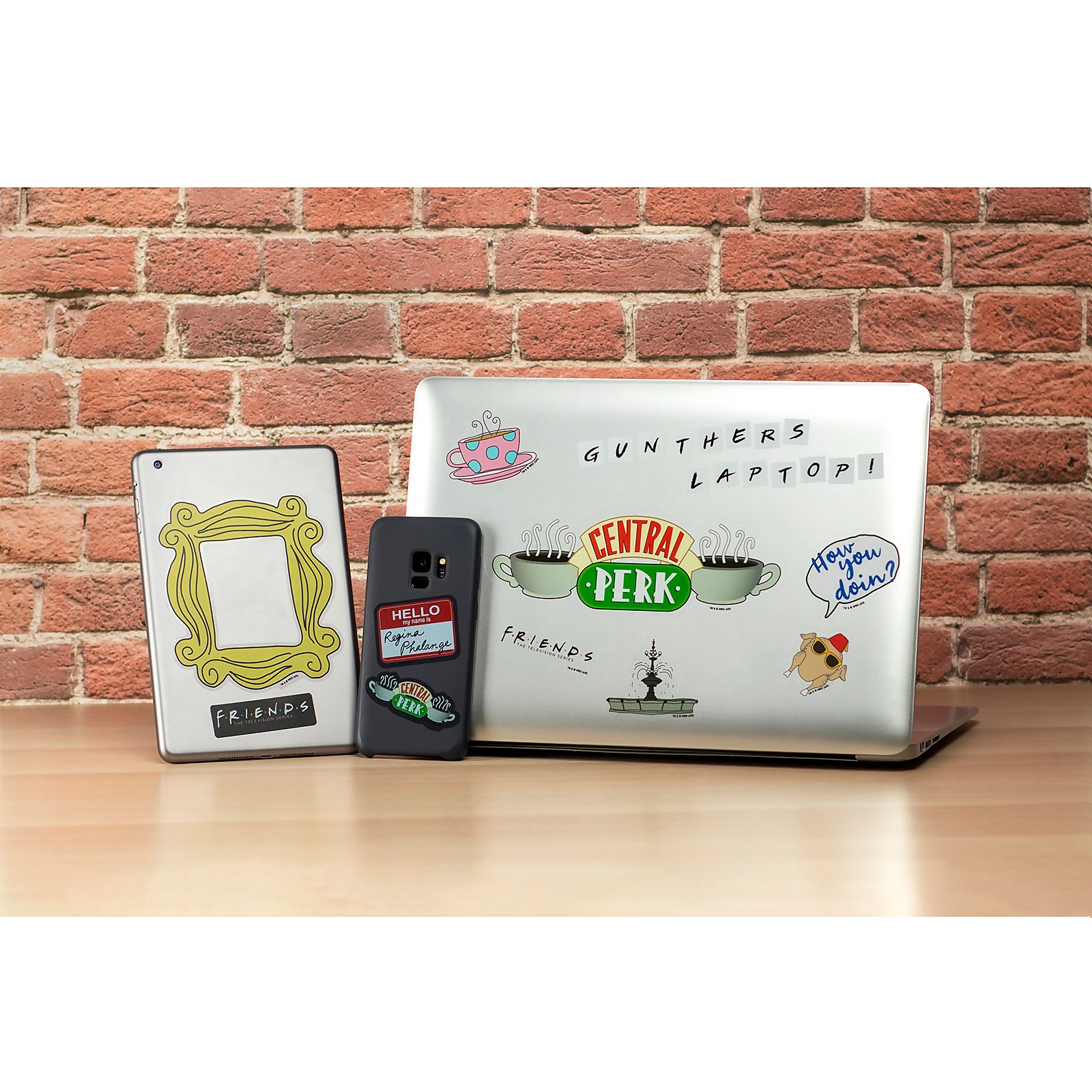 Summary Details: Friends gadget decals 4 sheets of reusable waterproof repositionable stickerscustomize your smartphone, laptop, or tablet device and bring a bit of new york city to your life with these awesome gadget decals of logo's, images and phrases from the multi awa...
Read more about this item under the full details tab below.

Friends gadget decals 4 sheets of reusable waterproof repositionable stickerscustomize your smartphone, laptop, or tablet device and bring a bit of new york city to your life with these awesome gadget decals of logo's, images and phrases from the multi award winning sitcom friends'. '.strtoupper('f')ans of the show will love these waterproof and repositionable gadget decals which includes the iconic bright yellow frame from the back of door in monica's apartment, the logo for central perk plus sayings such as how you doin?' and many more'. '.strtoupper('t')he friends t.v'. '.strtoupper('s')eries ran for 10 seasons from 1994, to 2004'. '.strtoupper('t')he show revolved around six friends in their 20s and 30s who lived in manhattan, new york city'. '.strtoupper('f')riends received acclaim throughout its run, becoming one of the most popular television shows of all time'. '.strtoupper('t')he series was nominated for 62 primetime emmy awards, winning the outstanding comedy series award in 2002 these officially licenced gadget decals make a great gift for lovers of the this multi award winning sitcom, one of the most cherished tv shows of all time and now a part of popular culture friends is instantly recognisable to millions of people across the world, and is hugely popular among fans of all ages'. '.strtoupper('w')hen you are sat in your local coffee shop, like minded fans of the show will instantly recognise these iconic decals and before you know it you will be deep in conversation about your favourite episodes.